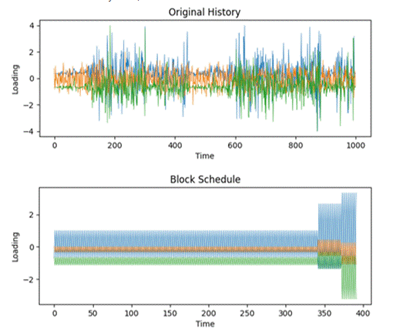 Dr. Will Mars, founder and president of Endurica, points out that, “We’ve seen some suppliers trying to use fatigue codes written for metals to generate their block cycle schedules. It’s a questionable approach that fails to account for the significant differences between metallic and rubbery behavior.”

Mars continues, “Generating a block cycle schedule the old fashioned way involves too much hand waving and guesswork. We often hear frustration with block cycle tests that were generated this way. Too often, they change the failure mode of the part so that the lab test fails to match the field test. Our method uses critical plane analysis. It takes into account rubber’s nonlinear material properties. It calculates a block cycle schedule that preserves the failure mode of the original. We’ve eliminated the guess work.”