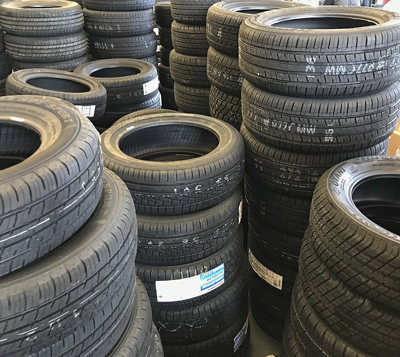 The automotive market in Europe is one of the largest markets globally. The region is home to many global automobile part manufacturers. Growth of the automotive industry and the high tire replacement rate in Europe has fostered the development of the tire market.

In the coming years, the tire market in the region is proposed to register remarkable growth due to the influence of new technologies, such as electric and autonomous vehicles, and an extension of tariff wars between the European countries. The changing preferences of younger generation consumers coupled with solid domestic production also tend to grow the market.

In the region, the United Kingdom and Germany have farms with more than 1,000 hectares, comprising 20 percent of the used farming area in the country. On the converse, in countries such as the Netherlands and Finland, the average size of a farm is 150 hectares.

Therefore, the demand for replacement tires is greater in countries such as Germany, the United Kingdom and France. Farm consolidation necessitates fertilizing and planting machinery to obtain sufficient and proper fertilizing of the crops in larger land structures, thereby facilitating the demand for agricultural tires.

Additionally, in Europe, the high consumer living standards sustained by their increasing per capita investments in a new vehicle (car, LCV, MCV, HCV) have driven the demand for advanced and premium quality tires.