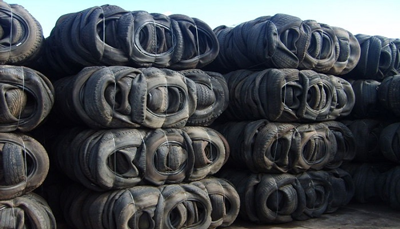 The Alpena News reports that by mid-2023, Lafarge Alpena could rid the state of one-fifth of the 10 million scrap tires produce each year in Michigan by allowing Lafarge Alpena’s concrete facility to burn 2 million tires a year to heat kilns used in the cement-making process.

The Legislature approved a $3 million grant through the state’s Scrap Tire Regulatory Fund to cover half the cost of the equipment needed to burn tires whole, according to Kirstin Clemens, scrap tire coordinator for the Michigan Department of Environment, Great Lakes, and Energy.

Most companies burning tires as fuel require chipped tires, but Lafarge’s kiln sizes allow the plant to burn whole tires, eliminating processing costs. No one has to remove steel belts within the tires before burning, as at other businesses, because Lafarge can add the metal to cement to strengthen the end product, Clemens said.

Lafarge already uses filtration equipment to meet state and federal standards to protect against emission of nitrous oxide, sulfur dioxide, and other chemicals of concern when burning tires, according to Melissa Byrnes, the environmental engineer specialist for EGLE’s Air Quality Division who reviewed Lafarge’s application for the project.

The project will reduce reliance on fossil fuels, reduce Lafarge’s carbon footprint, and keep tires from sitting in unsightly — and potentially harmful to the environment — piles, according to Alpena Plant Manager Jeff Scott.

More than 55 million scrap tires remain in stockpiles around the country — mostly in Michigan and seven other states, the report said — even after EGLE’s scrap tire program found and cleaned up 35 million tires since 1991.

The program’s cleanup grants — including $9,000 given to Alpena County this year to support tire collection events — help keep those piles from growing. Supported by $1.50 Michigan vehicle title transfer fees, the fund also backed tire collection events in Alcona and Presque Isle counties for at least the last several years.