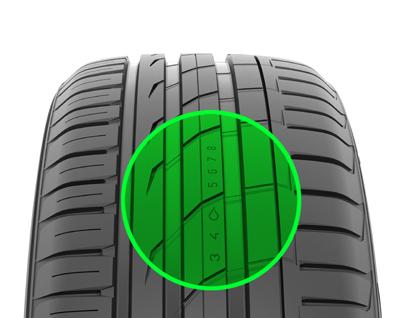 Over the last decade, electric cars and hybrids have made a transition from a somewhat marginal part of the international automobile industry to one of the fastest growing segments. According to the International Energy Agency (IEA)*, the global share of electric cars has increased to 2 percent of the car market at the end of 2020. This may not seem like much, but ten years ago their global share was close to zero. Only a few markets such as Europe, the US and Japan reported even a remotely noticeable share. National variations in EU electric car sales are clearly correlated to a country’s standard of living. According to the new statistics of the European Automobile Manufacturers’ Association (ACEA), the market share of battery electric vehicles more than doubled, from 3.5 percent in the second quarter of 2020 to 7.5 percent this year, while plug-in hybrids made up 8.4 percent of all new cars sold.

These facts demonstrate the ever-growing market penetration of electric and hybrid cars. As the technology develops and EVs are becoming ever more common, the maintenance of the cars is changing as well. For ICE cars, changing oil and brake service are the most common maintenance items. In the case of EVs, however, the two major maintenance factors are tires and windows.

Nokian Tyres utilizes several electric vehicles in its tire tests, which provides the company with a continuous and extensive experience with the use of the tires in different car models.

Sport utility vehicles are tall and heavy, while electric vehicles are heavier than normal due to the weight of the batteries. Large and heavy vehicles demand more from tires, which is also taken into account in product development.

Even when an electric car or hybrid is the same size as a traditional internal combustion engine car, it typically uses a larger tire size. Tires are also put to the test as the weight of the batteries burdens them more during cornering and acceleration, and the torque from the electric motor will be relayed to the driving wheels more quickly than in an ICE vehicle. There is a common misconception related to increased tire wear in electric cars. However, Nokian Tyres field tests proved that there is nothing to worry about. Although electric vehicles have plenty of power and torque, they are not particularly demanding on tires; the opposite is true, in fact.

“Tires on a modern electric car will wear down much slower than in a car with a traditional internal combustion engine. This is due to good traction control. The driver assist systems reduce slipping by utilizing the electric motor’s rapid power adjustment. This system is much quicker than in ICE vehicles, where it is based on braking and limiting engine RPM. Driving style remains the main contributor to tire wear, and so the service life of the tires  is mainly determined by the driver,” says Martin Dražík, product manager for Europe in Nokian Tyres.

Apart from being heavier and having greater torque, electric cars are also quieter. That is why it is not surprising that EV drivers are looking for low noise tires to improve their driving comfort. The EU tire label offers easily accessible information on the tire’s noise level and rolling resistance, thereby making it easy to compare different tires.

Lower rolling resistance also extends the vehicle’s range. The greater the range, the less electric energy is needed, resulting in a more environmentally friendly transport. Environmental benefits are the main effect that the world hopes to see from the widespread use of electric vehicles.

Nokian Tyres products have a Driving Safety Indicator (DSI) that you can use to quickly and easily check the amount of remaining tread. The DSI numbers show the remaining tread depth. The numbers will disappear, one by one, as the tire wears down. If one sees a different number on the front and rear axles, one should rotate the tires.