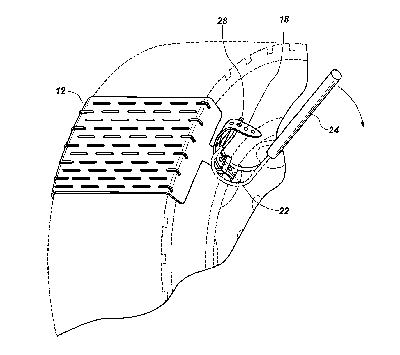 Patent as compiled from the USPTO in January

Rubber composition for tires
U.S. patent: 11,180,641
Issued: November 23, 2021
Inventors: Kazushi Kimura, Hirokazu Kageyama and Satoshi Mihara
Assigned: Yokohama Rubber
Key statement: Provided is a rubber composition including: (i) a sulfur vulcanizable elastomer, (ii) carbon black and/or a white filler and (iii) a microparticle having a three-dimensionally crosslinked structure; the microparticle being a microparticle obtained by three-dimensionally crosslinking a polymer formed from an oligomer or prepolymer that has a sulfide bond formed from two or more sulfur atoms in a main chain and/or that has a thiol group.

Method for continuous polymerization of modified diene elastomer with lithium amide initiator
U.S. patent: 11,198,743
Issued: December 14, 2021
Inventors: Marie-Helene Dessendier, Charlotte Dire and Claire Fauvarque-Nuytten
Assigned: Michelin
Key statement: A process for the continuous synthesis of a modified diene elastomer comprising at least one silicon atom directly connected to the elastomer chain is provided. The process comprises polymerization by n reactors r1 to rn, considered to be continuous stirred-tank reactors equipped with an internal stirring system and arranged in series, n varying from 2 to 15. The reactor r1 is fed by an input solution comprising a solvent, one or more monomer(s), an anionic poly-merization initiator chosen from lithium amides and a polar agent. The temperature of each reactor varies from 20°C to 150°C and is greater than or equal to the temperature of the reactor which immediately precedes it. The living diene elastomer obtained exhibits a polydispersity index varying from 1.1 to 1.7. The process further comprises modification of the living diene elastomer obtained in the preceding stage by a functionalization, coupling or star-branching agent.

Rubber composition comprising a specific hydrocarbon resin
U.S. patent: 11,203,680
Issued: December 21, 2021
Inventors: Benoit De Gaudemaris and Alain Hut
Assigned: Michelin
Key statement: A rubber composition based on at least: from 50 to 100 phr of one or more diene elastomers, referred to as very low glass transition temperature (Tg) diene elastomers, having a Tg within a range of from -110°C to -70°C, selected from butadiene homopolymers, copolymers of butadiene and of a vinylaromatic monomer, having a content of vinylaromatic units of between 0 and 5% by weight and mixtures thereof a reinforcing filler a crosslinking system; and from 50 to 150 phr of at least one hydrocarbon resin predominantly composed of units derived from terpene and phenol monomers, the resin having a content of aromatic protons of greater than 15%.