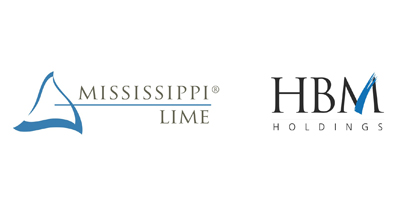 Ayers joined Mississippi Lime Company in 1999 as the VP, Sales and Marketing. He assumed additional responsibilities in Operations and as President until he was formally appointed CEO in 2016. Under Bill’s leadership, Mississippi Lime has grown both organically and inorganically and has advanced the organization’s commitment to safety and people development.

Paul Hogan joins Mississippi Lime from Italmach Chemicals, where he most recently held the role of Chief Executive Officer of the Americas. In this position, he led their specialty chemical business in the Americas while also serving as the Global Vice President responsible for their oil and gas division. Previously, Paul held key positions of increasing responsibility with Solvay, Emerald Kalama Chemicals, Dupont Dow Elastomers, Elementis, and Dynea. Paul attained a Bachelor of Science degree in Chemistry with Business Studies from the University of Abertay in Scotland, and a Master of Business Administration from the University of Durham Business School in England.

Andy Fincher commented, “Today we celebrate Bill’s success, and welcome Paul as the incoming leader to guide Mississippi Lime through the next phase of the Company’s remarkable journey. Paul’s impressive experience will serve to build on the outstanding legacy Bill and others have created.”

Bill Ayers said, “My time at Mississippi Lime has been the most fulfilling of my life.  I am confident that our next generation of leaders will take the company to even greater heights. Paul is joining Mississippi Lime at a time of strength and momentum. It has been a great honor to lead Mississippi Lime.”   “I am thrilled and humbled to be leading Mississippi Lime’s next chapter and building on the legacy that has been established. I look forward to working with such a committed and high performing team,” added Hogan.