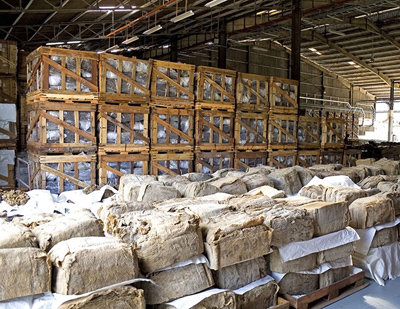 Phnom Penh, Cambodia – The Phnom Penh Post reports that Cambodian rubber exports were valued at $149.80 million in the first four months of 2022, representing an increase of 16.5 per cent year-on-year from $128.58 million, according to the General Department of Customs and Excise (GDCE).

These accounted for nearly 1.97 per cent of the Kingdom’s total exports over the January-April period, worth $7.6063 billion.

Him Aun, head of the Ministry of Agriculture, Forestry and Fisheries’ General Directorate of Rubber, told The Post on May 12 that the rubber export market showed “considerable positive signs” over the four months ended April 30.

He credited the uptick in exports to elevated international market demand, improved global economic growth as the Covid-19 crisis recedes, favourable weather and good harvest conditions, and an on-year increase in the number of mature trees that can be tapped for rubber.

However, the average per-tonne latex price bucked the wider upswing, dipping by $61 or nearly four per cent year-on-year to $1,605 in the first four months of this year, Aun noted.

Cambodia Chamber of Commerce (CCC) vice-president Lim Heng, meanwhile, was not as impressed with these exports results. He said that rubber cultivation has made “no significant progress” in recent years, hampered by a range of price and other market issues.

On the other hand, he added, the series of recently-launched car tyre and vehicle assembly plants will help improve the cultivation of rubber and drive the market higher.

“Given that rubber products historically relied solely on international markets, the price issue made things quite tough for investors. But once local factories start quoting rates, cultivation and prices will undoubtedly be better,” Heng claimed.

The directorate reports that as of 2021, Cambodia had 404,044ha dedicated to rubber production, with 310,193ha or 76.77 per cent mature and tapped for latex, which yielded 368,000 tonnes last year. According to Aun, the area under rubber cultivation has not seen significant changes in the past “two or three years”.