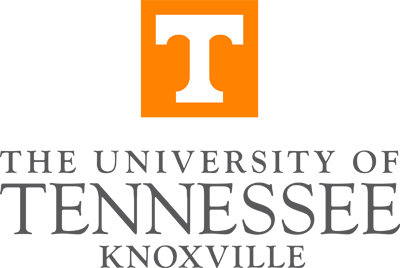 Knoxville, TN – A new method to ensure consistency and quality in rubber manufacturing, developed by a research team from the University of Tennessee, Knoxville, and Eastman, is likely to show real-world impact on material sustainability and durability for products such as car tires.

As consumers in the U.S. and around the globe are increasingly incentivized toward electric vehicles and away from fossil-fuel reliance, current EV users have uncovered an unexpected maintenance issue. Due to the combination of higher weight and higher torque, EVs put more pressure on standard tires, causing them to degrade 30% faster than tires on internal-combustion vehicles.

Rubber contains additives such as zinc oxide and sulfur that work to improve strength, elasticity and other favorable traits. When the ingredients are not distributed evenly throughout a rubber product such as a car tire, the material will contain flaws that cause the product to degrade prematurely.

“If components such as sulfur do not disperse well, that generates localized hard spots,” said Penumadu. “That hard stuff attracts a lot of mechanical and thermal stresses, making the material degrade prematurely.”

Even a flaw the width of a human hair can decrease the life span of a large rubber component such as a car tire.

“That leads to safety and economic impacts,” Penumadu said.

Identifying and studying such flaws—a field known as fracture mechanics—is critical to understanding how the material will perform. Yet finding such flaws before they cause problems is an issue that has long plagued the rubber industry.

“The current industry approach is to cut out a small sample of rubber, then observe it under an optical microscope,” Penumadu said. “Not only is this tedious and destructive, it’s unreliable. It requires you to guess beforehand where, in an opaque sample, you need to check for inconsistencies.”

Penumadu’s team has overcome this issue by switching from optical analysis to X-ray computed tomography. X-rays that pass through the sample are scattered and absorbed differently depending on the materials they strike. A computer then reconstructs a digital 3D model of the rubber’s interior.

“This is a very important point,” Penumadu said. “XCT lets us see the inside of the material noninvasively, and we can actually see the distribution of each component.”

The application of this new method increases the rubber industry’s ability to view and predict flaws and will ultimately lead to more consistent quality and longer-lasting rubber products.

In October the team received the 2021 Publication Excellence Award from the Journal of Rubber Chemistry and Technology for their groundbreaking paper, “Sulfur Dispersion Quantitative Analysis in Elastomeric Tire Formulations by Using High Resolution X-Ray Computed Tomography”, which discusses the new XCT method and their research findings.