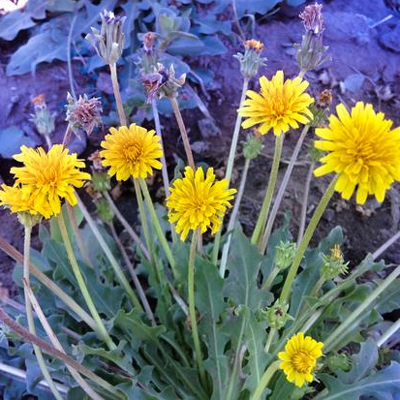 Natural rubber (NR) is a unique and strategically important material with properties that cannot be matched by synthetic rubbers for many of the most critical applications. Properties such as strain induced crystallization, reinforcement, resilience, tack, strength, elasticity and impact resistance are due to its chemical and macromolecular structure and high molecular weight (>1 million g/mol) (refs. 2-4). NR is used in more than 50,000 different rubber products across the industrial, consumer, medical, transportation and military sectors of the economy (ref. 5). Global consumption of NR was about 14 million tons in 2019 (ref. 6), which fueled a more than $18 billion industry. The global market for NR increases annually by 1-3%, and forecasts project an increase in future demand from 12 million tons in 2014 to 16 million tons by 2024 (refs. 5 and 7), which in turn will present a challenge for NR producers already working at maximum capacity.NR production relies entirely on one plant species, the rubber tree Hevea brasiliensis (Hevea), concentrated in the tropical regions of Southeast Asia. Natural, political and economic factors pose a constant threat to the production and supply of NR.

Recent reports predict a future shortfall in NR production in Southeast Asia (refs. 8 and 9). Increasing shifting weather patterns that bring more extended and intense cold and heat seasons, as well as a recent outbreak of two fungal leaf diseases (Pestalotiopsis sp. and Neofusicoccum ribis) have placed NR plantations at high risk for NR shortages worldwide (refs. 9-11). Global demand for natural rubber products, particularly tires, in developing countries like China (refs. 9 and 12), and protective gloves due to the COVID-19 pandemic (ref. 13), also has affected the supply of NR and increased its price (ref. 13). Moreover, the expansion of rubber plantations in order to meet the demand for NR has been called into question due to the impact of tropical forest deforestation on biodiversity and ecosystem services losses (ref. 14). Several initiatives, such as those from the World Wildlife Fund (WWF) (ref. 15) and the Global Platform for Sustainable Natural Rubber (GPSNR) (ref. 16), are committed to preventing the expansion of new rubber tree plantations; thus, there is a critical need to establish alternative sustainable rubber crops in order to adequately and efficiently supply the world with the needed NR.

Multiple research and development efforts are underway, funded by various international industry and university research consortia in the U.S., Canada, the European Union, Mexico, Russia and China with the goal to develop alternative sources of NR; these endeavors have focused on two crops: Taraxacum kok-saghyz (TK) and guayule. TK is a rubber producing dandelion native to Kazakhstan, Uzbekistan and China that can be grown as an annual or biannual crop using standard agricultural machinery. TK produces NR with a molecular structure, composition and mechanical properties similar to commercial rubber extracted from Hevea trees (refs. 2, 17 and 18), although TK NR shows higher mechanical reinforcement than Hevea NR under stretching with highly oriented crystalline phases (ref. 19). These characteristics make TK NR a near drop-in replacement for commercial rubber.