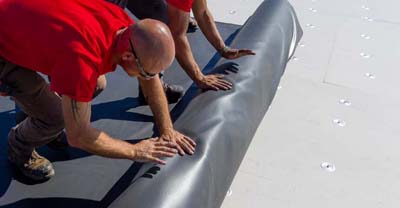 Thermoplastic polyolefin (TPO) is one of the fastest growing commercial roofing systems on the market. Developed in Europe in the 1970s, TPO was introduced to the U.S. market in the late 1980s and has become the dominant installed roof system in the industry; now used on 53% of commercial roofs, according to the American Institute of Architects.

Read the full article in the digital edition