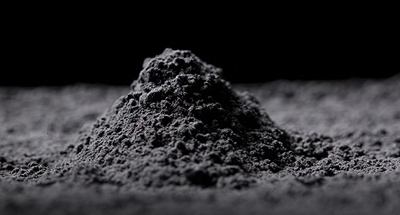 Pune, India – According to the ChemAnalyst report, “Carbon Black Market Analysis: Plant Capacity, Production, Operating Efficiency, Technology, Demand and Supply, End-User Industries, Distribution Channel, Regional Demand, 2015-2030,” the carbon black market observed a promising demand in the past five years and is predicted to reach 27.21 million tons by 2030, along with a healthy CAGR of 4.82 percent in the next ten years, owing to their applications in automobile tires, industrial rubber products, printing inks and toners, belts and hoses, paints and coatings, and others.

Carbon black is an intense black form of amorphous carbon produced by the partial combustion of hydrocarbons (petroleum products) such as coal tar, fluid catalytic cracking tar, ethylene cracking tar or plant-based feedstock. It is classified into rubber black and specialty black based on its type. Carbon black is used prominently as a reinforcing agent in tires and other rubber products as it increases resistance to abrasion and wear and tear coupled with its use to make rubber tires electrically conducting to avoid creation of an electrostatic charge in vehicles. It is also used extensively as black pigment in printing ink, carbon paper and paint as it is strongly tinted, heat labile and suitable for film coating, protective coatings thereby, contributing to the growing demand of the chemical. Moreover, carbon black is an excellent absorber of UV rays therefore added to other materials for the prevention of ultraviolet degradation.

In 2020, due to the outbreak of novel corona virus across the globe, nationwide lockdowns were imposed by the government to prevent the spread of the virus that resulted into the significant impact on various industries including the decline in the demand for carbon black globally due to major hit on automobile sector. Raw material scarcity and trade restrictions cause disruption in the production and the supply chain thereby a slump was observed in overall carbon black market across the nations in the first half of the 2020. However, after the upliftment of lockdown restrictions, all the downstream industries started functioning with their full efficacy coupled the surging demand from Printing industry helped to recover its market at a significant pace and is anticipated to propel the market for carbon black in the upcoming years. However, carbon black is a derivative of crude oil therefore, fluctuations in the prices of crude oil internationally would directly impact its price coupled with the emission of carbon dioxide during the production process are the major restraints in the market growth for carbon black.

Moreover, manufacturers are investing and expanding their production capacities into the region, especially in China, India, Bangladesh, Vietnam and Indonesia due to cheap labor costs and assistance from government; thereby, contributing to the dominant share of the region in the upcoming years. Europe and North America are also anticipated to show a promising growth in the forecast period.

“Carbon black is directly linked to Automotive and Plastics that are constantly growing sectors owing to the rising population and rapid industrialization, consequently driving the growth of carbon black industry. Its high demand from paints and coatings industry is likely to drive the market growth in the forthcoming years. Additionally, the rising focus of the automotive manufacturers towards the manufacturing of electric vehicles is expected to drive the demand for carbon black as it is a primary raw material in tire industry. With new competitors emerging across the Asian carbon black market, players are anticipated to be sufficient for fulfilling supply demand gaps in future. At this, it is extremely important to keep an eye which region will grab the biggest market share in the upcoming years.” said Karan Chechi, research director with TechSci Research, a research based global management consulting firm promoting ChemAnalyst.