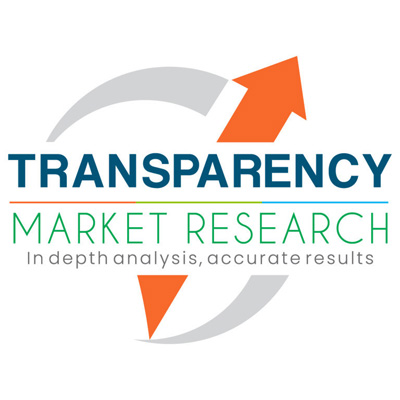 Highly reactive polyisobutylene (HR-PIB) is comparatively more reactive than conventional polyisobutylene due to the position of double bonds in the terminal position of the molecule, which makes it react more quickly, especially as a fuel and lubricant additive. HR-PIB is an important intermediate in the manufacture of high-performance fuel and lubricant additives, including additives for sludge prevention. It is also used in other industrial applications.

HR-PIB is a commercial polymer that possesses thermal stability, good flexibility, and impermeability to gases. Furthermore, it offers high resistance to acids, alkalis, and salts.

The market demand for highly reactive polyisobutylene (HR-PIB) is rising, since it is majorly used in the manufacture of inner tubes of tires, adhesives, sealants in the construction industry, serum vials, injectables, saline bottles, seals for medical packaging, and chewing gum. Furthermore, polyisobutylene succinimides are critical engine oil additives that keep engines clean by dispersing harmful debris generated during operation that can thicken oil, cause wear, and plug the filter. On the other hand, polyisobutylene succinates and their derivatives (succinimides, esters, etc.) are molecules that perform a peculiar dispersant activity in a broad range of hydrocarbons products including coatings, petroleum-based and biofuels, oil drilling, and explosives.
According to the International Energy Agency, the stock of vehicles with internal combustion engines is estimated to increase from 1.3 billion vehicles in 2016 to approximately 2.1 billion vehicles by 2040. This is expected to propel the demand for lubricants. The marketing strategy for highly reactive polyisobutylene (HR-PIB) revolves around the fuel additive industry, since HR-PIB is an important intermediate in the manufacture of high-performance fuel additives and lubricant additives, such as fuel detergents or dispersants for engine oils, including additives for sludge prevention.

HR-PIB with molecular weight 1000, 1300, and 2300 is an eminently suitable high-viscous component for the thickening of lubricants. It is regularly used instead of bright stock in high viscous formulations. Currently, a substantial volume of highly reactive polyisobutylene is employed in lubrication end-uses such as metalworking fluids, industrial lubes, and engine oils. Thus, increase in demand for lubricants in various end-use industries, particularly the automotive industry, is likely to drive the need for HR-PIB, as it is widely used in the production of lubricants.

According to a report published by the United Nations, the current world population of 7.6 billion is expected to reach 8.6 billion in 2030, 9.8 billion in 2050, and 11.2 billion in 2100. Thus, vast infrastructure development would be required to accommodate the ever-growing population. This is anticipated to fuel construction activities, thereby propelling the demand for sealants & adhesives and consequently HR-PIB.

The future market demand for highly reactive polyisobutylene (HR-PIB) seems prominent for adhesives, since adhesives are used in insulation, roofing, flooring, panel, and partitions, while sealants help in fire protection, facades, and IG units in the construction industry. Highly reactive polyisobutylene (HR-PIB) is extensively used as sealant and adhesive in the construction industry due to the presence of inert material to maintain its amorphous nature when exposed to harsh chemicals, enabling it to be easily dissolved and rinsed. The stability and tackiness of HR-PIB make it suitable for hot melt pressure-sensitive adhesives.

Manufacture of emulsion explosives is one of the recent developments in highly reactive polyisobutylene (HR-PIB) market. Emulsion explosives are high hazard blasting agents used for mining, construction, and quarrying activities. Therefore, rise in industrial activities is expected to boost the demand for sealants & adhesives and emulsifiers. This is estimated to further drive the demand for HR-PIB.

The viscosity of 1001 -1500 (medium) molecular weight highly reactive polyisobutylene (HR-PIB) is approximately 225 mm2/s at 100°C. Additionally, it possesses various other value-added advantages including less char production during manufacturing and the ability to improve final lubricant and fuel performance. Therefore, the 1001-1500 (medium) molecular weight segment is estimated to drive the highly reactive polyisobutylene (HR-PIB) market in the near future.

The global highly reactive polyisobutylene (HR-PIB) market is highly consolidated, with a small number of large-scale vendors controlling majority of the share. Most of the companies are investing significantly in comprehensive research and development activities, primarily to create environment-friendly products. Expansion of product portfolios and mergers and acquisitions are the key strategies adopted by prominent players. TPC Group, BASF PETRONAS Chemicals, KEMAT Polybutenes, and DAELIM Industrial Co. Ltd. are the prominent entities operating in the market