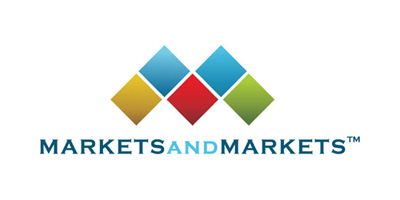 Pune, India – The global waterproof adhesives & sealants market size is projected to grow from USD 23.4 billion in 2022 to USD 31.3 billion by 2027, at a CAGR of 6.0% between 2022 and 2027 according to Markets and Markets. Increasing demand for waterproof adhesives & sealants from emerging markets and growth in building & construction and packaging industry are driving the market.

According to first estimates from Eurostat, the European Union’s (EU) statistical office, seasonally adjusted production in the EU construction industry fell by 11.7% MoM (Month on Month) in April 2020. At a global level, the supply chain was disrupted in various ways in different parts of the world. The supply of construction material was halted due to the travel restriction and disruption in the supply chain. In order to recover from the impact caused due to COVID-19, the majority of companies limited their budget in the R&D department to re-align them for maintaining their core function in the end-use industries.

Governments in developing countries are taking initiatives to develop their public infrastructures like power grids, roads, bridges, railways, water treatment plants, airports, and telecommunication. Most of these developing countries are located in Asia, which has a humid climate. Waterproof adhesives are needed to maintain the integrity and increase the lifespan of these structures. The Asian Infrastructure Bank, based in Beijing, China, actively participates in financing infrastructure pipelines across the Asian region. According to Asia Development Bank (ADB), the region demands financing of USD 1.7 trillion annually. Owing to various infrastructure projects like the Cross Island line project in Singapore, India’s development of a waterway freight corridor, and investment of about USD 738 million in the development of Singapore waterway tunnel systems, are set to increase the demand for waterproof adhesives. European countries, such as Spain, and Italy, focus on tourism as a part of their economy. The public infrastructure in these countries also acts as a public attraction. However, the tourism industry was highly impacted due to the COVID-19 pandemic; the industry in Spain is set to reach 88% of its pre-pandemic level in 2022.

Price and availability of raw materials is a key factor for adhesive manufacturers for determining the cost structure of their products. Raw materials used by the waterproof adhesive industry include plastic resins, synthetic rubber, industrial inorganic chemicals, and refined petroleum products. Most of these raw materials are petroleum-based derivatives vulnerable to fluctuations in commodity prices. Recently, oil prices witnessed highly volatile fluctuations on either side. The prices of different resins are at an all-time high. According to Plastics Today, in North America, there is a strong export demand for resins from the US, but freight constraints have limited the sale. This has left Mexico as the most viable option for export. This situation also causes fluctuation in pricing. Amid the outbreak of the COVID-19 pandemic, there is a rise in the prices of synthetic and bio-based chemicals due to short supply and restricted imports, which is expected to increase the cost of chemicals.

The stringent regulations by the United States Environmental Protection Agency (USEPA), Europe’s Registration, Evaluation, Authorisation and Restrictions of Chemicals (REACH), Leadership in Energy and Environmental Design (LEED), and other regional regulatory authorities have compelled waterproof adhesives & sealants manufacturers to make eco-friendly products with no- or low-VOC levels. The shift toward more sustainable products has provided significant growth opportunities for manufacturers.

In terms of value, the polyurethanes segment is projected to account for the second fastest growth of the waterproof adhesives & sealants market, by chemistry, during the forecast period.
Based on chemistry, the polyurethanes segment accounted for the second fastest growth at a CAGR of 6.1% in terms of value, during the forecast period. Polyurethanes are widely used in the manufacturing of high-performance waterproof adhesives & sealants for applications, such as isolation joints, roofing, foundation, gutters, expansion, and control joints in the building & construction industry. They are often termed potting compounds and are used in the electronics & electrical industry to encapsulate, seal, and insulate fragile, pressure-sensitive, underwater cables, and printed circuit boards.