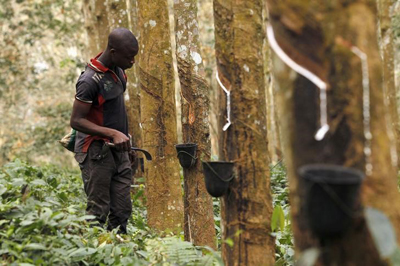 Yamoussoukro, Ivory Coast – The Dow Jones is reporting that all rubber produced in Ivory Coast will from now on have to be processed before being exported, according to a new law.

The West African country’s parliament approved the law on Monday, according to a statement issued Tuesday.

“Through the adoption of this text, we have just given a boost to the promotion of the industrialization of Ivory Coast, the only guarantee of our country’s development,” said Emmanuel Esmel Essis, the country’s minister in charge of promoting private investment.

Mr. Essis stressed the need “to go for added value, which will help us build a strong prosperous country where all will benefit from economic growth and fallouts”.

Prior to this law, only 50% of the country’s rubber was being processed before shipment onto the world markets.

“We want to go beyond the initial processing phase,” the government official said. “There are lots of rubber products. There is no reason why Ivory Coast, which is a major producer of this crop, should be outside the entire production chain”.

Ivory Coast is Africa’s biggest rubber producer, and ranks as the world’s fourth-biggest grower of the crop.