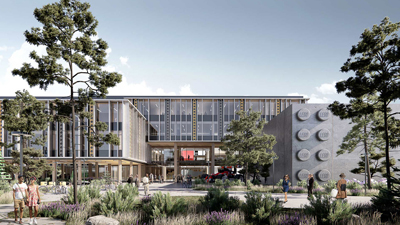 Copenhagen, Denmark – Lego will invest more than $1 billion to build a factory in the United States – part of a plan to shorten supply chains and keep up with growing demand in one of its biggest markets.

The Danish toymaker said the 1.7 million-square-foot plant will be carbon-neutral and located in Chesterfield County, Virginia, where an onsite solar park will produce renewable energy to power the factory.

The investment is in line with a decade-old strategy of placing production close to its key markets, which the company says has been beneficial as the global retail industry continues to face supply chain snarls.

The Virginia factory is scheduled to be operational in the second half of 2025 and will employ more than 1,760 people.

Lego, which produces roughly 100 billion colored bricks each year and employs around 24,000 people worldwide, reported impressive gains last year, outpacing growth in the toy industry, with sales that grew 27% in 2021 to more than $8 billion U.S. dollars.