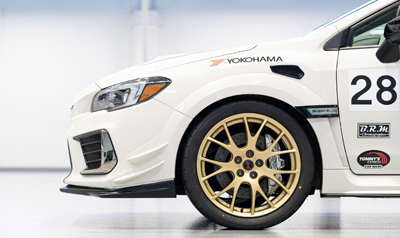 In response to a request for cooperation received from the Hong Kong Customs and Excise Department, Yokohama Rubber proceeded with preparations to expose a car parts company engaged in the distribution of counterfeit sports car aluminum wheels imitating YOKOHAMA’s “ADVAN Racing” wheels. The distributor was selling the counterfeit wheels in Hong Kong via internet shopping sites and retail shops outside of the Company’s official distribution channels. The Hong Kong Customs and Excise Department raided the distributor and seized the counterfeit aluminum wheels on August 11, 2022.

In 2017 as well, Yokohama Rubber succeeded in eliminating counterfeit versions of the Company’s aluminum wheels in Hong Kong in another raid case handled by the Hong Kong Customs and Excise Department. Yokohama Rubber remains resolute in its stance against the infringement of intellectual property rights, including the sale of counterfeit goods, and will strengthen its efforts against such illegal activities in Japan and overseas to ensure that its customers around the world are confident and secure in the knowledge that they are using genuine YOKOHAMA products.