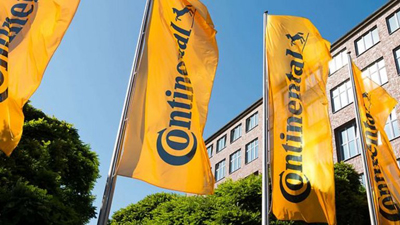 Hannover, Germany – In the first half of 2022, Continental was the leading original equipment supplier for passenger car tires on the Chinese market. According to a study conducted by the trade publication “China Tire Dealer” amongst new vehicle models introduced on the Chinese market in the first half of 2022, German premium tire manufacturer Continental surpassed its competitors and now occupies the top spot when it comes to fitting cars with tires ex works. The trade publication revealed that Continental was the most popular tire brand among vehicle manufacturers in the period under analysis, strengthening its position in particular as an original equipment supplier, especially for electric and premium vehicles.

“Thanks to its strong development expertise, Continental has acquired an outstanding reputation for the incredible performance of its tires. We are proud of the enormous trust that automotive manufacturers on the Chinese market have placed in us,” says Juan Botero, who heads Continental’s Passenger and Light Truck Tires Original Equipment business unit in the Asia-Pacific (APAC) region. He added: “Premium brands trust us heavily when it comes to fitting their cars with our premium tires. But we also serve emerging brands that too look for maximum performance and safety in a tire.”

Continental’s global tire business has grown significantly over the past few years, and, besides North America, the Asia-Pacific region is one of the key drivers of this growth. With the opening of a new tire plant in Hefei in the Chinese province of Anhui back in 2009, the tire manufacturer has significantly strengthened its competitive position in China and the Asia-Pacific region. This trend was also bolstered by an R&D center in Hefei, which the company opened already in 2008. Equipped with state-of-the-art testing and pilot facilities, the center is vital for helping Continental to better understand local customer requirements and is thus crucial to the success of Continental tires on the Chinese market.