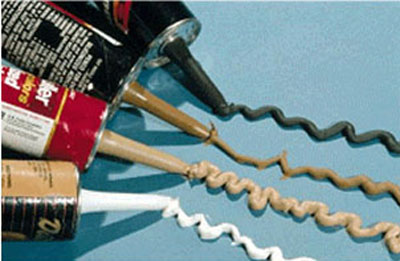 Pune, India – The global silicone adhesives and sealants market is valued at USD 4,760 million, and is expected to register a CAGR of over 5%, over the forecast period according to Report Linker.

Due to COVID-19 impact, the silicone adhesives and sealants market has been affected negatively. Silicone adhesives and sealants are used in the manufacturing of automotives, prevailingly used in the interiors, electrical and suspension systems of vehicles. The automotive production and sales have seen its worst year due to COVID-19. The production has declined by 16% year on year during 2020. However, the relaxation of the lockdowns, and travel restrictions being lifted in most parts of the world is a positive sign for the market studied.

The construction industry represents large market segment for silicones. Silicone sealants, primarily as one-part room temperature vulcanisable (RTV) products, are widely used by the construction industry for applications such as sealing building and highway expansion joints, general weatherproofing of joints in porous and nonporous substrates, sanitary joints around bathroom and kitchen fixtures, as well as fire-rated joints around pipes, electrical conduits, ducts, and electrical wiring within building walls and ceilings.
The commercial importance of silicone sealants and adhesives is based on their unique combination of properties that permit them to satisfy important needs in a wide variety of markets. These properties include excellent weather and thermal stability, UV, ozone, and oxidation resistance, extremely low-temperature flexibility, high gas permeability, good electrical properties, physiological inertness, and curability by a variety of methods at both elevated and ambient temperatures.
Silicone sealants are often employed to seal the border of sinks, sinks, showers, and bathtubs in a kitchen or bathroom, to apply silicone seals between counters and walls. In addition to preventing water from getting in between different surfaces, many silicone sealants prevent mold from appearing. They are also very easy to clean. They therefore also increase the building’s energy efficiency by preventing unwanted air exchange between the inside and the outside.
The various types of sealants currently employed in the construction industry are sealants for masonry, sealants for precast concrete panels and slabs, sealants for joints related to curtain walls, roof sealants, sealants used for structural glazing, window glazing sealants, ceramic tiles, and sanitaryware sealants, sealants for civil engineering works, etc.
Growing construction activities in the Asia-Pacific region, increased adoption of new technology, and innovative construction procedures are some of the factors driving the growth of the market.?
Al Maktoum International Airport, Dubai’s second expansion phase, has an estimated cost of more than USD 32 billion, which is stretching more than 21 square miles and is one of the largest construction projects in the world.?
The government of India has planned the construction work of the new parliament building under the “Central Vista Redevelopment project”. The parliament project is estimated to cost Rs 971 crore and is estimated to be completed by the end of 2022. The “Central Vista Redevelopment Project” is allotted INR 20,000 crore (USD 2.8 billion) by the government.
Owing to all these factors, the market for silicone adhesives and sealants is likely to grow across the world during the forecast period.

Asia-Pacific region is expected to dominate the market. In the region, China is the largest economy, in terms of GDP. China is one of the fastest emerging economies and has become one of the biggest production houses in the world, today. The country’s manufacturing sector is one of the major contributors to the country’s economy.
China is investing USD 1.43 trillion in the next five years till 2025, in major construction projects, which includes ultra high voltage energy projects, big data centers, high speed railway and intercity tracks and stations, 5G base stations, electric vehicles charging station, and various others. According to National Development and Reform Commission (NDRC), Shanghai plan includes an investment of USD 38.7 billion in the next three years, whereas Guangzhou has signed 16 new construction projects with and investment of USD 8.09 billion. As the population is increasing and new cities are developing, the demand for the construction of data centers, 5G networks, etc., will increase, which is likely to contribute to the growth of silicone adhesive and sealants.
The Chinese automotive manufacturing industry is the largest in the world, with a production share of just over 28% in 2019. The industry witnessed a slowdown in 2018, wherein the production and sales declined. A similar trend continued in 2019, with the production declining to 25.7 million vehicles by dropping about 7.5% year-on-year. According to the International Organization of Motor Vehicle Manufacturers (OICA), the automotive production decline by about 2% in 2020. The country produced 25,225,242 units in 2020, which declined from 25,720,665 units in 2019.
China is the largest base for electronics production in the world. Electronic products, such as smartphones, TVs, wires, cables, portable computing devices, gaming systems and other personal electronic devices recorded the highest growth in the electronics segment. The country serves not only domestic demand for electronics, but also exports electronic output to other countries and is also a leading manufacturer of PCB in the world.
The Indian electronics market is expected to reach USD 400 billion by 2025. Additionally, India is expected to become the fifth-largest consumer electronics and appliances industry in the world by 2025. Additionally, in India, technology transitions, such as the country planning to introduce 5G networks and increasing use of IoT (Internet of Things), are driving the adoption of electronics products. Initiatives such as ‘Digital India’ and ‘Smart City’ projects have raised the demand for IoT in the country.
Furthermore, according to IATA (International Air Transport Association) report, India is poised to become the third largest aviation market in the world by the end of forecast period. The country is projected to have a demand for 2,100 aircrafts over the next two decades amounting to over USD 290 billion in sales. In this context, India has been successful in catching the attention of major aerospace defense manufacturers, owing to its low production cost facilities and strong focus from the government on building the manufacturing sector, under the “Make In India” initiative.
Due to all such factors, the market for silicone adhesives and sealants in the region is expected to have a steady growth during the forecast period.

The global silicone adhesives and sealants market is partially fragmented in nature, with only top players accounting for approximately less than 30% of the total market. The key players in the market studied include Henkel AG & Company KGaA, Dow, Arkema Group (Bostik), 3M, and Sika AG.